Karmanov is not only among the largest state contractors according to Forbes, but also produces “Dom-2”

Businessman Alexander Karmanov, who ranks 7th in the “Kings of government contracting – 2018” rating, buys about 66% of the video platform “Ruform”, which manages the video service RuTube, from businessman Ivan Tavrin. Karmanov himself told RBC about it.

The businessman told the publication that the deal will be closed when Gazprom-Media Holding waives its pre-emptive right to acquire a stake in Ruform. He specified that this would happen in February. Ivan Tavrin confirmed the fact of negotiations with Karmanov, but declined to comment further. The amount of the deal is unknown, but Karmanov estimated the total value of the asset at 3 billion rubles, adding that he thinks it may grow many times in the future. According to last year’s results, Ruform’s revenue was about 1.3 billion rubles.

In spring 2016, Gazprom-Media announced the acquisition of 33.3% in the video content distribution system Pladform, after which Ruform was created. Its co-owners are the holding itself and the Cyprus-based Relidor Developments Ltd, the beneficiary of which is Tavrin.

This is not Karmanov’s first media project. He owns Solaris Promo Production, which is the producer of Doma-2. In 2014, Solaris bought the cable music channel A-One (TNT Music since 2016), and in 2015, it bought Volga-TV, a regional broadcasting company from Volgodonsk. In 2016, TNT gave Karmanov’s company the right to manage the advertising time of Doma-2.

However, this business is not the main one for the businessman. The backbone of his wealth is the Pipe Cargo Company, which delivers cargo, and the Eurasian Pipeline Consortium (EPC), founded by Karmanov, which supplies large-diameter pipes to Gazprom and Transneft. In 2017, the ETC received a state order for 44.4 billion rubles, which allowed the entrepreneur to take 7th place in the “Kings of the state order – 2018. Forbes Rating”. 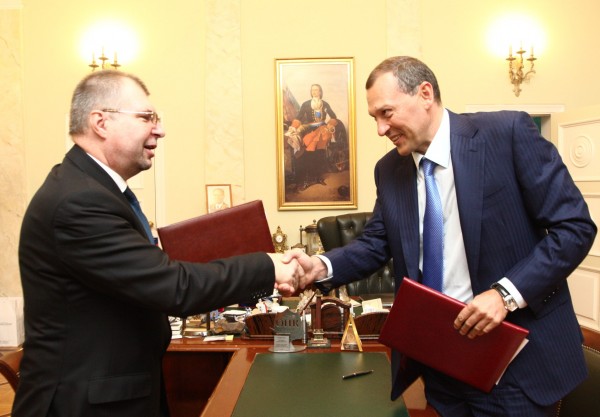